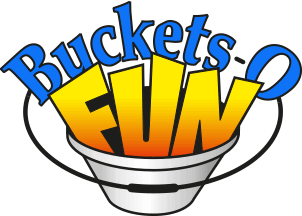 What is the Volley Square and how do you play this Group Game?
Well, it’s a combination of Volley Ball and Four Square. But Volley Square is easier, uses a larger ball and playing court.

The Volley Square is incredibly fast and easy to set up, and can be played inside and out.
Non-stop great fun for youth groups, schools, family reunions, volleyball teams, corporate events and so much more.

We also sell the connectors separately so you can make your Volley Square as big as you want.

How to play Volley Square:

Game/Instructions are included with purchase and emailed at purchase for prep before connectors arrive.

Game/Instructions are included with purchase and emailed at purchase for prep before connectors arrive.

How can I add on to my Volley Square?

We sell extra connectors that can be purchased separately to make your Volley Square as big as you want.
Create your own review
Volley Square
Average rating:   1 reviews
Larry Miller
by Larry Miller
Vacation Bible School

WHAT A BLAST THE KIDS HAD...IT RAINED THE NIGHT BEFORE SO IT HAD POOLS OF WATER ON THE GROUND....TKS MADE OUR VACATION BIBLE SCHOOL A BIG HIT TKS AGAIN.

There are no reviews yet.

Be the first to review “Volley Square”